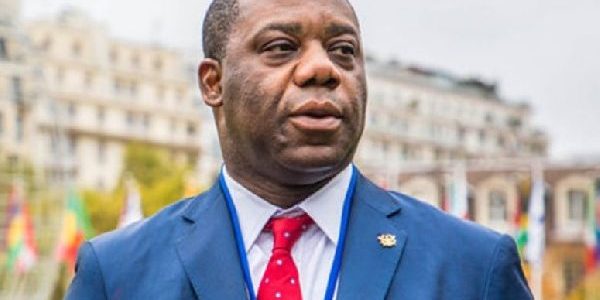 The $1.6 billion deal has been met with stiff opposition from some 15 civil society organizations who say Ghana is been short-changed.

As a result, the Civil Society Organizations (CSOs) working in the extractive industry have petitioned Parliament to stop GNPC from going ahead with the agreement.

They argue that although the contract to give GNPC more oil stakes is in order, the value at which the deal is being reached is a threat to the country’s economic and fiscal prospects and must be looked at again.

However, the GNPC on the other hand is insisting that the deal is the best for the country.

For instance, the Chief Executive Officer (CEO) of the Corporation, Dr. KK Sarpong has said he will ensure that the deal goes through.

He maintained that he personally entered into the agreement after he was convinced that the deal when brokered will be beneficial because the partnership between GNPC and the other partners is crucial to Ghana’s oil and energy space.

“I don’t think that Aker Energy and AGM are in a hurry to leave. If you look at the time profile set for this energy transition – that is the movement from fossil fuels to renewables, we are talking about a 30-year period to get to that level. It is a long way to go, so over time you will see that there is the movement of investment into the extraction and production of fossil fuel and shift capital to fossil fuel. Are they telling us, we should leave our oil in the soil, I think there is hypocrisy there.”

“Indeed, the Western Countries have extracted oil in their backyard and our fields, and they want us to leave ours there. This is something that, as someone from a developing country, I find it very difficult to accept. It is this realization and kind of position which dawned on me which really necessitated my push for this agenda. All that I am saying is that within this time frame, production should be going on now and if they shift investment from us, it means we cannot develop our fields and our oil will remain in the soil”, he added.

Speaking at the swearing-in of the Board of the GNPC in Accra on Tuesday, August 31, 2021, the Energy Minister, Dr. Mathew Opoku Prempeh, said the government is fully behind GNPC.

According to him, the government will give GNPC its 100 percent support.

He also disclosed that there are intentions by the Corporation to acquire shares in other fields like the Jubilee, the Springfield and also the Ten fields.

Dr. Opoku Prempeh said this is to aid the GNPC to gain more experience in the exploration of oil in the country.

“The government is going to support you 100 percent in this direction of local content and the promotion of our petroleum resources in the acquisition of shares in some petroleum. It is not only Aker.”